Malnutrition leading cause of death and ill health worldwide – report 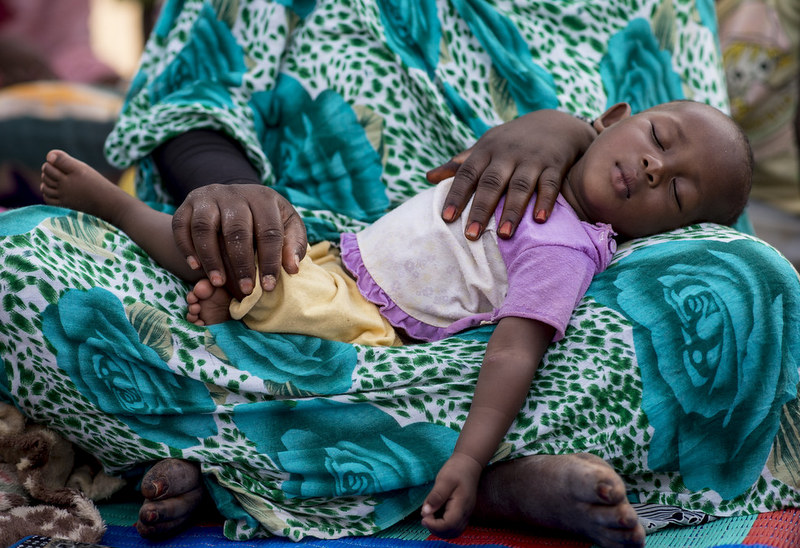 An overhaul of the world’s food and health systems is needed to tackle malnutrition, a “threat multiplier” that is now the leading cause of ill health and deaths globally, according to new analysis.

The Global Nutrition Report 2020 found that most people across the world cannot access or afford healthy food, due to agricultural systems that favour calories over nutrition as well as the ubiquity and low cost of highly processed foods. Inequalities exist across and within countries, it says.

One in nine people is hungry, or 820 million people worldwide, the report found, while one in three is overweight or obese. An increasing number of countries have the “double burden” of malnutrition, obesity and other diet-related diseases such as diabetes, cardiovascular disease and cancer.

David Nabarro, special representative of the UN secretary general for food security, said the report, written before the coronavirus pandemic, had a “heightened significance” and warned: “There is a real risk that, as nations strive to control the virus, the gains they have made in reducing hunger and malnutrition will be lost.”

In a foreword, Nabarro says that undernourished people may be more at risk to coronavirus, due to weakened immune systems, while obesity and diabetes were linked to worse outcomes.

Coronavirus had exposed the “vulnerability and weakness of our already fragile food systems”, which had been weakened by climate extremes and “deadly healthcare disparities”.

A failure to put on weight persists in the world’s poorest countries, at a rate up to 10 times higher than in richer countries, the report finds, while rates of overweight and obesity are up to five times higher in richer than developing countries. The medical costs of treating the consequences of obesity are “staggering”, the report says, at an estimated total bill of $1.2tn a year by 2025, with the US by far the biggest spender.

The report’s conclusions echo calls by climate scientists for a transformation of food and land management, after a report by the Intergovernmental Panel on Climate Change (IPPC) last year concluded that poor land use is responsible for a quarter of greenhouse gas emissions.

Cynthia Rosenzweig, a climate expert at the Nasa Goddard Institute for Space Studies, and the author of the food security chapter in the IPCC’s report on land and climate change, said: “It is really a call to action for countries and international organisations, NGOs and the whole system, to create a transformation in the food system.

“Malnutrition is a threat multiplier. I think it has been ignored that people who are malnourished are likely to have lower immune systems.”

She highlighted the inequality in food prices across the world, where the cost of an egg in Burkina Faso is 15 times more in comparison with grain and rice, compared with just twice the cost of such staples in the US.

Rosenzweig urged governments and policymakers to “seize the moment” to create equal and sustainable food and health systems in the wake of the pandemic.

Not one country is on course to meet all 10 of the 2025 global nutrition targets, the report found, and just eight of 194 countries are on track to meet four targets.

Venkatesh Mannar, a special adviser on nutrition to the Tata Trusts and the Tata-Cornell Institute for Agriculture and Nutrition, said: “Poor diet and malnutrition is not a matter of personal choice. Most people are not able to do this because of inequality of food systems. They not have access to a range of healthy food. The interface between the food supply chain and consumers is inequitable.”

“The crisis has highlighted the need to look at malnutrition in all its forms seriously, and we believe it can be done in tandem with tackling the pandemic.”

Article: People in the Global South don’t need debt relief, they need a new system
Far from being the 'great leveller', COVID-19 has exposed and deepened socio-economic inequalities, writes Meera Karunananthan for openDemocracy.
Article: ‘Instead of coronavirus, the hunger will kill us.’ A global food crisis looms
The world has never faced a hunger emergency like this, experts say.
Blog: COVID-19 thrives on inequality
We need global action now. Only a mighty response by rich, powerful countries will stop the pandemic and prevent a global economic collapse, writes Chema...
News: Coronavirus crisis could double number of people suffering acute hunger - UN
The coronavirus crisis will push more than a quarter of a billion people to the brink of starvation unless swift action is taken to provide food and...
Printer-friendly version