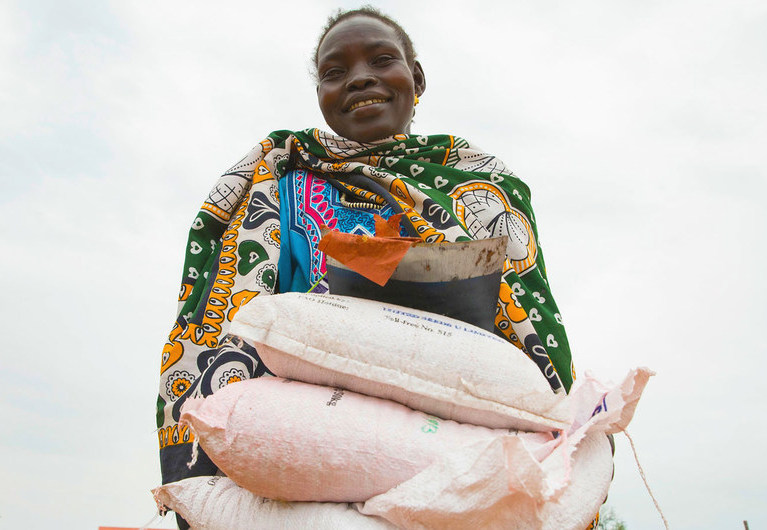 The world stands on the brink of a food crisis worse than any seen for at least 50 years, the UN has warned as it urged governments to act swiftly to avoid disaster.

“Unless immediate action is taken, it is increasingly clear that there is an impending global food emergency that could have long-term impacts on hundreds of millions of children and adults,” he said. “We need to act now to avoid the worst impacts of our efforts to control the pandemic.”

Although harvests of staple crops are holding up, and the export bans and protectionism that experts feared have so far been largely avoided, the worst of the impacts of the pandemic and ensuing recession are yet to be felt. Guterres warned: “Even in countries with abundant food, we see risks of disruption in the food supply chain.”

About 50 million people risk falling into extreme poverty this year owing to the pandemic, but the long-term effects will be even worse, as poor nutrition in childhood causes lifelong suffering. Already, one in five children around the world are stunted in their growth by the age of five, and millions more are likely to suffer the same fate if poverty rates soar.

Guterres laid out a three-point plan to repair the world’s ailing food systems and prevent further harm. These are: to focus aid on the worst-stricken regions to stave off immediate disaster, and for governments to prioritise food supply chains; to strengthen social protections so that young children, pregnant and breastfeeding women and other at-risk groups – including children who are not receiving school meals in lockdown – receive adequate nutrition; and to invest in the future, by building a global recovery from the pandemic that prioritises healthy and environmentally sustainable food systems.

Maximo Torero, the chief economist of the UN Food and Agriculture Organization, said the world’s food systems were under threat as never before in recent times, as the pandemic and lockdowns hampered people’s ability to harvest and buy and sell food. “We need to be careful,” he said. “This is a very different food crisis than the ones we have seen.”

Harvests are healthy and supplies of staple foods such as grains are “robust”, according to the UN report on the impact of Covid-19 on food security and nutrition, published on Tuesday. But most people get their food from local markets, which are vulnerable to disruption from lockdowns.

Increasing unemployment and the loss of income associated with lockdowns are also putting food out of reach for many struggling people. Though global markets have remained steady, the price of basic foods has begun to rise in some countries.

Lockdowns are slowing harvests, while millions of seasonal labourers are unable to work. Food waste has reached damaging levels, with farmers forced to dump perishable produce as the result of supply chain problems, and in the meat industry plants have been forced to close in some countries.

Even before the lockdowns, the global food system was failing in many areas, according to the UN. The report pointed to conflict, natural disasters, the climate crisis, and the arrival of pests and plant and animal plagues as existing problems. East Africa, for instance, is facing the worst swarms of locusts for decades, while heavy rain is hampering relief efforts.

The additional impact of the coronavirus crisis and lockdowns, and the resulting recession, would compound the damage and tip millions into dire hunger, experts warned.

“The Covid-19 crisis is attacking us at every angle,” said Agnes Kalibata, the UN secretary general’s special envoy for the 2021 food systems summit. “It has exposed dangerous deficiencies in our food systems and actively threatens the lives and livelihoods of people around the world, especially the more than 1 billion people who have employment in the various industries in food systems.”

She pointed to Latin America and the Caribbean, where a third of the population already live in a precarious state of food insecurity, and where Brazil is fast becoming a hotspot for coronavirus cases. “Across the region, the pandemic has weakened economies and disrupted supply chains, leading to food price hikes,” she warned.

The pandemic risks reversing the progress that has been made in recent decades on lifting people out of poverty and improving their access to healthy food, the UN found.

Any remedies must also target the climate emergency, which is strongly linked to the world’s food systems, said Elwyn Grainger-Jones, the executive director of the CGIAR System Organization, a global agricultural research body. “Solutions need to be science-based and coordinated across sectors to provide immediate response and assistance for those most in need, ongoing and inclusive support in recovery and – perhaps most importantly – future resilience to all shocks, including climate extremes.”

Kalibata said there was also an opportunity for countries to improve food systems alongside reducing poverty and increasing global resilience to shocks.

“Food has always brought people together and it can again if we rebuild our food systems appropriately,” she said.

Filed under:
Poverty and hunger, Environment

News: Act now or risk ‘unimaginable devastation’ globally, warns UN chief
Unless countries across the world act together now, the COVID-19 pandemic will cause “unimaginable devastation and suffering around the world”, said UN...
Blog: The Northern Hemisphere must not stand by and let coronavirus devastate the South
There is a danger that Covid-19 will significantly increase the gap between rich and poor nations. It's time to put in place an ambitious plan to overcome...
Report: Malnutrition leading cause of death and ill health worldwide – report
An overhaul of the world’s food and health systems is needed to tackle malnutrition, a “threat multiplier” that is now the leading cause of ill health and...
News: Coronavirus crisis could double number of people suffering acute hunger - UN
The coronavirus crisis will push more than a quarter of a billion people to the brink of starvation unless swift action is taken to provide food and...
Printer-friendly version