Why we need to keep talking about inequality 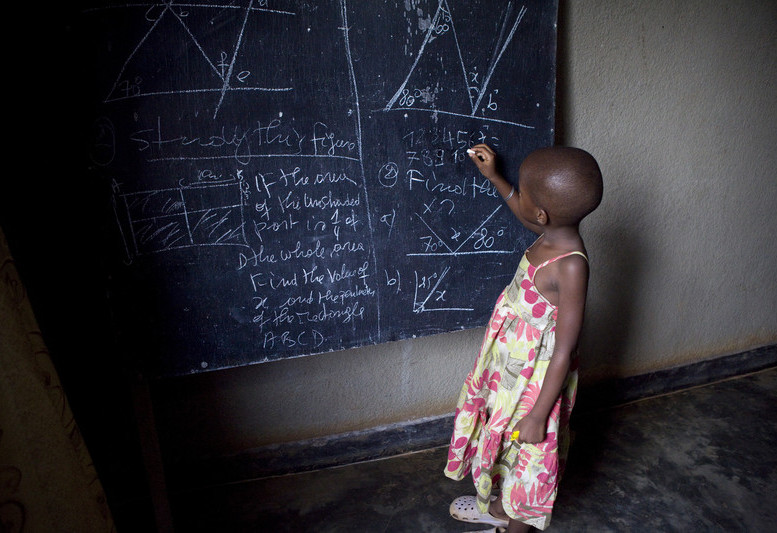 Research makes explicit the link between ending extreme poverty and inequality: even a relatively small amount of re-allocation of the world’s resources could end the injustice of extreme poverty in a world of plenty, writes Danny Sriskandarajah.

To those of us working in international development, the principle that “poverty is not solely an economic issue” will be unsurprising. But it is worth reminding ourselves that not everyone sees it in these terms.

Since I joined Oxfam in January several people have told me that we shouldn’t be talking about inequality, questioning why, for example, we publish our annual “global wealth check”. Critics argue that the gap between rich and poor is a political matter, that NGOs should stick to poverty relief. Calls to discuss economic models that allow wealth to be so concentrated among a few are labelled “the politics of envy” or “ideological”.

Yet, over these 10 months, I have become increasingly convinced that organisations like Oxfam need to keep talking about inequality.

Earlier this year in the Democratic Republic of Congo I met communities displaced by brutal conflict, living in temporary camps. The conditions – among the worst I’ve ever seen – in a country with natural resources worth around $24 trillion, for me, crystallised the dual purpose of organisations like Oxfam. We must, as humanitarians, do all we can to alleviate suffering. But we must also do all we can to challenge the systems that keep so many people poor.

That means acknowledging that for many, wealth is aspirational. “I don’t have a problem with billionaires – I want to be one!”, as a panellist said in a recent BBC World Debate on inequality. We can disagree endlessly about the morality of vast wealth accumulation at the top, but we need to challenge the idea that it has no impact on those at the bottom. The question we must be asking is: “Can the current economic order deliver for those being left behind?”

While there have been amazing reductions in poverty over recent decades, evidence from the World Bank, among others, is clear that inequality is hampering further progress and making the Sustainable Development Goals unachievable.

I believe that we can, we must, do better. And that will require some changes.

The Overseas Development Institute suggests that under current scenarios 430 million people will still be in extreme poverty by 2030, but that figure could be reduced to near zero if we allocated an extra £200 billion or so to poverty reduction. That may seem like a lot of money.

However, ODI researchers point out that it would require international donors simply to meet their previous promises on aid and allocate half of these resources to the poorest countries (as the UK does), coupled with raising tax revenues in the global south and spending more on health and education.

Their research makes explicit the link between ending extreme poverty and inequality: even a relatively small amount of re-allocation of the world’s resources could end the injustice of extreme poverty in a world of plenty.

It’s another reminder that we in the development sector need to urge leaders to find new and better ways of raising public resources. This may take us into politically controversial areas but the pay offs from even minor wins could be immense.

For example, globally just 4p in every pound of tax collected comes from taxes on wealth. A small increase could give a huge boost to public services. What’s more, it’s an efficient way to ensure the world’s wealth is shared more fairly.

It also means looking at how prosperity and power are distributed. As Lord Willetts put it at our inequality debate at Conservative Party Conference, what does ‘fairly earned’ really mean? We need to make sure that workers in garment factories and fruit farms get a fairer share of the value they help to create.

And crucially, it requires action to remove the barriers that are holding women back, from lower pay to unsafe conditions. As well as being the right thing to do, it is economically stupid not to. Tackling gender inequality could add $12 trillion to the global economy by 2025.

Today’s anniversary recognises that eradicating poverty should be one of humanity’s most pressing ambitions. To achieve this, I am convinced that we need to galvanise political action to tackle the structural factors that are driving inequality and hindering a more equitable, sustainable and just world.

Listen to Danny discuss how INGOs can shift the power to local organisations on our podcast with Bolor Legjeem, programs director at Mongolian Women’s Fund, and Jennie Richmond, social impact strategy consultant and former head of international grants at Comic Relief.

Dr Danny Sriskandarajah is chief executive of Oxfam GB. He tweets at @dhnnjyn

News: A just society': Ocasio-Cortez unveils legislative package to tackle American poverty and inequality
A package of new economic justice bills aim to improve the lives of Americans living in poverty, including a resolution for the United States to finally...
Article: Are we stuck with inequality?
Can we get back to the equalizing, 'share-the-wealth' policies of the post-war era? Of course we can — the obstacles are political, not economic, writes...
Blog: The most important meeting you’ve never heard of — and the grand challenge on inequality
Last month 195 world leaders once again met in New York for big speeches and grand events. But on inequality, when all is said and done, more has been...
Report: Heralding Article 25: A people's strategy for world transformation
After so many years of political inaction only the massed goodwill of ordinary people can bring about an end to poverty in a world of plenty through...
Page: Global poverty and inequality
World leaders may suggest that a great deal is being done already to prevent extreme deprivation, but this is far from the reality. Unless governments...
Printer-friendly version