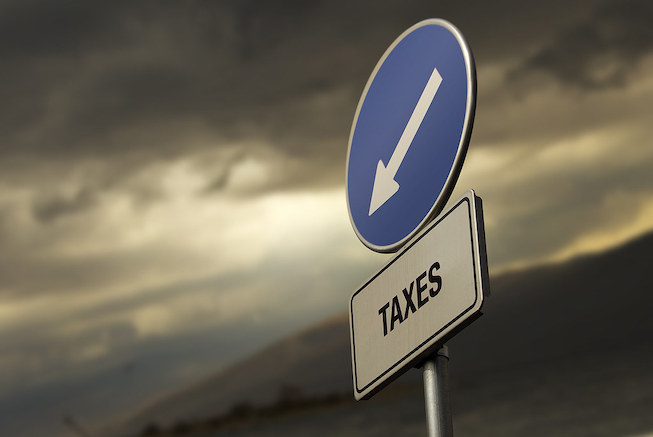 Outrageous profits have been made by the already extremely rich during the pandemic. They need to show shared sacrifice and solidarity by rallying behind the rest of the world in this fight, writes Anthony Kamande for equalshope.org

2020 was a tumultuous year as the world economy experienced an unprecedented downturn not seen in generations, and the health system even in the most developed countries got overwhelmed and crumbled due to a surging coronavirus. Billions of lives have been upended and countless millions of jobs wiped out in a matter of weeks, and for the first time in over two decades, extreme poverty increased. At the same time millions of people have died of COVID-19 and at the end of August 2021, the total fatality was more than 4.5 million, according to a tally from Our World in Data. Sadly, COVID-19 is still surging and mutating into more deadly variants.

To prevent large-scale bankruptcies and job losses, governments, if at all in wealthier countries, have injected over $16.5 trillion into the global economy while central banks loosed monetary policy. Undoubtedly, this massive fiscal stimulus helped in preventing a total collapse of the world economy. However public debt in most countries has also soared to extreme levels as is the deficit.

A festive season for the world billionaires

While the global economy tumbled and billions of people suffered, the past 17 months or so of the pandemic has been a period like no other for the world’s billionaires. During this period their wealth has exploded to stratospheric levels. Taken together, between March 18, 2020, the beginning of the pandemic, and the end of July 2021, the world billionaires made a combined net wealth of $5.5 trillion.  This is an amount equivalent to the size of the Japanese economy, the third largest economy in the world.

This is not because the world’s billionaires have all at the same time suddenly started working much harder, or have simultaneously exercised more of their famed entrepreneurial genius.  Instead it is largely due to the loosening of monetary policy by the central banks and a massive fiscal stimulus by the governments, especially in wealthier countries, all of which contributed to skyrocketing of the stock prices of the biggest corporations as the small businesses plunged.

Such an enormous concentration of excessive wealth in the hands of few people and their corporations in a span of few months, not to mention in a global pandemic, is unprecedented. Astonishingly, billionaires’ wealth increased more in the past 17 months than it did for the 15 consecutive years preceding the pandemic, that is from 2006 to 2020.

The poor and the middle were the losers

And even as the world mega-rich became extremely richer, 2020 was a tough and long year for the world poorest people and the global middle class. Income and wealth inequality that has been on the rise since 1990 was laid bare and sadly, accelerated.

Raising revenues for the recovery: A one-off wartime wealth tax on the pandemic profiteers

Parallels have rightly been drawn between the COVID-19 pandemic and war. The world is at war, no doubt about that. Lamentably, the world is not behaving as a wartime world should. In wartime, there is a general sense of shared sacrifice and solidarity as citizens and their government rally together to fight a shared enemy.

As in a war, the fight against COVID-19 is expensive and massive resources are needed to deal with the devastating twin impacts on health and its associated economic fallouts. It is therefore morally right that those who have instead made billions of dollars and increased wealth during this war on the virus should be made to pay for the fight against the pandemic and the recovery.

As the evidence above shows, outrageous profits have been made by the already extremely rich. They need to show shared sacrifice and solidarity by rallying behind the rest of the world in this fight. And as the then US President Woodrow Wilson observed in 1918, “The profiteering that cannot be got at by the restraints of conscience and love of country can be got at by taxation.” The best way to make them pay would be to impose a wartime tax on the excess gains made during the pandemic. This would not only raise the much-needed funds for the fight against the pandemic and post-pandemic recovery, but it would also serve another contentious but important element: ensuring that there is fairness in the distribution of income and wealth.

As put forward by Oxfam, Patriotic Millionaires, Institute of Policy Studies and the Fight Inequality Alliance, a 99 per cent one-off pandemic tax on the $5.5 trillion made by the billionaires during the pandemic could raise US$ 5.4 trillion, enough to buy the COVID-19 vaccine for everyone in the world and give all the jobless people in the world more than $20,000 each.

In fact, it has been such a spectacular period for the worlds billionaires that they are now spending billions of dollars to fly to space for a few minutes as the rest of humanity reel from the pandemic-induced economic downturn. After his successful trip to space, Jeff Bezos whose wealth increased by $79.4 billion during the past 17 months of the pandemic, disgustingly but not surprising, thanked his low paid workers for paying for his 10-minute space trip.

One-off wealth tax is not new

It would not be the first-time countries would be imposing such a one-off wealth tax on the wealthiest. In fact they have been quite common; driven both by a need to fund the war and the reconstruction after a war or a crisis, and also by a sense that the richest must make an economic sacrifice to make up for the fact that so many ordinary women and men were making the ultimate sacrifice and laying down their lives.

To get the much needed resources for the post-World War Two reconstruction, France introduced two forms of wealth tax in 1945: a progressive tax on the war-time wealth gains, and a progressive one-off tax on net wealth. In West Germany, the burden-balancing law (Lastenausgleichsgesetz) of 1952 introduced a one-off wealth tax to raise the much-needed funds for the post-war recovery.

In more recent times, in order to deal with the economic fallout of 2008/09 financial crisis, between 2010 and 2014, Iceland introduced a temporally net wealth tax . On average, the Icelandic government collected 0.42% of GDP each year for the five years from 2010 to 2014 from this temporary wealth tax, an amount higher than predicted.

Taxing the rich is possible, cooperation would be better

Throughout history, the wealthy have tried to shield their wealth from taxation. In more recent time, this has not least been made possible through the use of tax havens. Indeed, a common argument against wealth taxes is that they don’t work as the rich simply move their wealth into tax havens. This argument is not as strong as first would appear.

A large share of the world’s countries have in recent years decided to share citizen’s financial informationautomatically with each other. That means that if a French citizen opens up a bank account in Switzerland and makes a deposit there, the tax authorities in France will automatically be informed and will be able to claim any tax owed on it. This information exchange system has made it much more difficult for the wealthy to avoid a wealth tax simply by hiding their wealth in an offshore account. The challenge is that many developing countries are still excluded from this system of information exchange. There is an urgent need to loop the developing countries into this information exchange system, so they too will be able to stem capital flight from the wealthy.

In 2020, Argentina introduced a one-off wealth tax and managed to collect $2.4 bill, demonstrating that while there is a risk that the rich will try to avoid paying the tax we should not assume that it is impossible to raise meaningful revenue.

In short it is hard to think of a more opportune moment to tax the rich; a once in a century pandemic and a stratospheric explosion in billionaire wealth.

News: Covid vaccine: WHO warns of 'catastrophic moral failure'
The world faces a "catastrophic moral failure" because of unequal Covid vaccine policies, the head of the World Health Organization (WHO) has warned.
News: Covid vaccines create 9 new billionaires with combined wealth greater than cost of vaccinating world’s poorest countries
At least nine people have become new billionaires since the beginning of the COVID pandemic, thanks to the excessive profits pharmaceutical corporations...
Report: Poor pushed aside as corporates pocket pandemic funds in developing countries
Large corporations, rather than ordinary people, have been the main beneficiaries of Covid bailout funds in many lower-income countries.
News: Covid-19 vaccines are being hoarded by rich countries - poor ones are missing out
Lost among the jubilation of vaccine rollouts in rich countries is an uncomfortable reality: The world's poorest countries will have to wait months and...
Blog: The world needs a 'people's vaccine' for coronavirus, not a big-pharma monopoly
No private company should have monopoly rights over a Covid-19 vaccine; this is a public resource that should be contributed to the World Health...
News: Uniting behind a people’s vaccine against COVID-19
Over 100 former global leaders call for the mandatory worldwide sharing of a Covid19 vaccine - available to all people, in all countries, free of charge.
Printer-friendly version