A tide-turning moment in the global struggle for tax justice 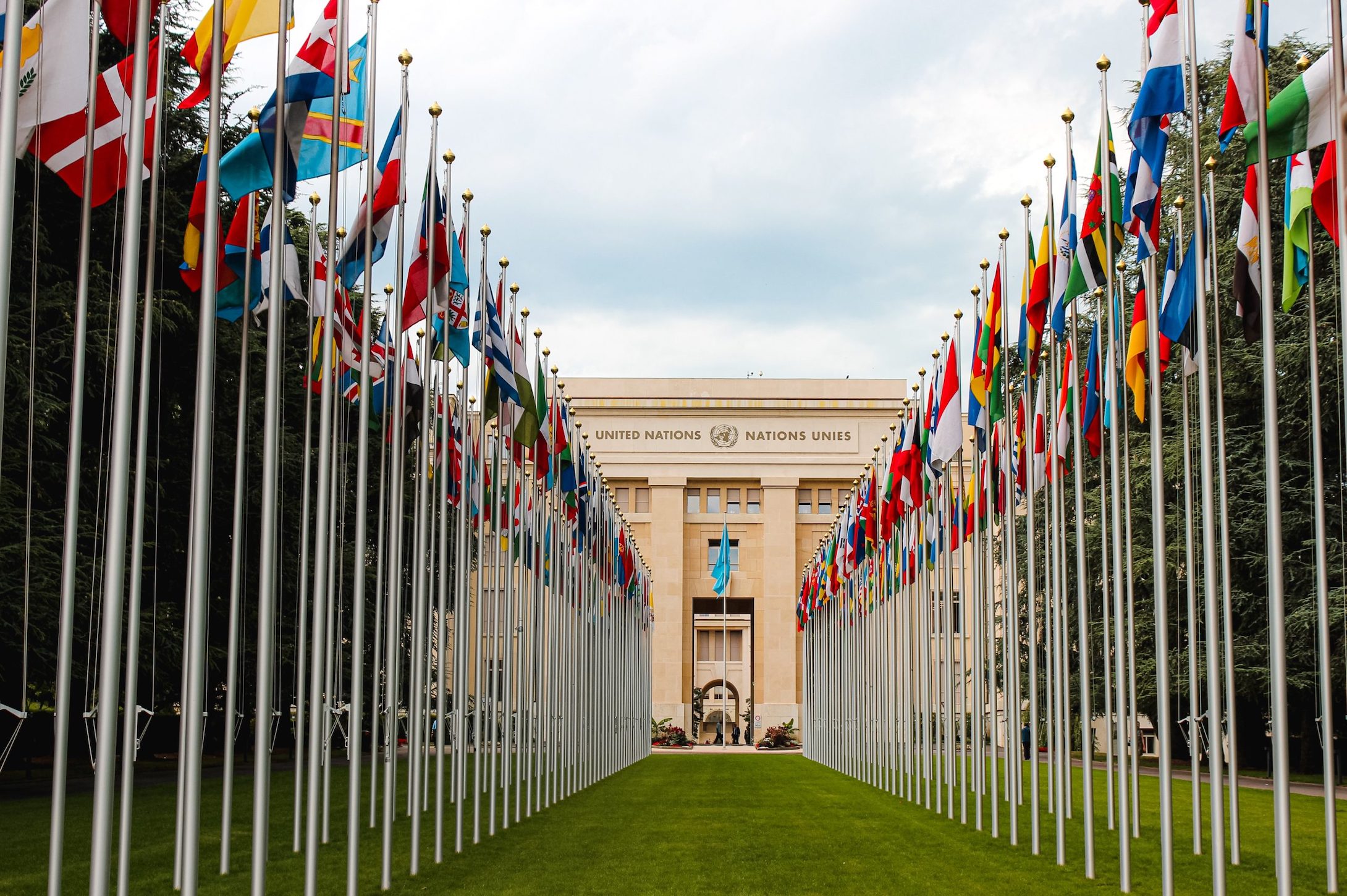 It’s not often that you can celebrate an outright, global triumph for the advocacy efforts of a movement. But for tax justice, this is one of those days, writes Alex Cobham for the Tax Justice Network.

The high level UN panel report launched this week by a group of heads of state and ministers from around the world, may come to be seen as a pivotal moment in the world’s fight against illicit finance and tax abuse. If their envisaged changes follow, the $427 billion that we conservatively estimate to be lost in tax revenue each year may finally be curbed.

The UN High-Level Panel on International Financial Accountability, Transparency and Integrity (the FACTI panel) was launched in March 2020 to study the impact of tax abuse, money laundering and illicit financial flows on the ability of states to meet the UN’s Sustainable Development Goals by 2030.

The FACTI panel’s final report represents a year’s worth of detailed analysis and engagement with UN member states in every global region. From the perspective of two decades of struggle by the tax justice movement, the recommendations are nothing short of remarkable.

The report calls for powerful, specific policies to be implemented, in respect of both tax transparency and international tax rules. It also envisages sweeping reforms to the global architecture. In each area, a raft of tax justice proposals are adopted.

Consider first the “ABC’s of tax transparency”. This is the suite of policy measures that the Tax Justice Network proposed shortly after our formal establishment in 2003, each of which was first dismissed as utopian and unrealistic by policymakers and OECD officials.

A is for the automatic exchange of information, delivered through a multilateral instrument to ensure that tax authorities are aware of their tax residents’ offshore financial accounts. This was adopted by the OECD in the Common Reporting Standard, which now covers all major financial centres except the United States, but excludes most lower-income countries from effective access to information.

B is for beneficial ownership transparency, and specifically the creation of public registers of the ultimate warm-blooded human beings who own companies, trusts and foundations. Around 80 countries now have registers for companies at least.

C is for country by country reporting by multinational companies, to show the extent and nature of profit shifting. The G20 directed the OECD to develop a standard in 2013, which was finalised in 2015 and follows closely the original proposals of the tax justice movement – but under heavy lobbying introduced various technical weaknesses and an extreme turnover threshold, and critically did not allow for the data to be made public.

The FACTI panel identifies each of the ABC as crucial policy tools for the fight against tax abuse and illicit finance. In each, the recommendation is close to the full demand of the movement: to end the exclusion of lower-income countries from automatic information exchange; to establish central registers of beneficial ownership for all legal entities, and ‘encourage’ at least that these be made public; and to require all multinationals to publish country by country reporting.

Turning to international corporate tax rules, the tax justice movement has long called for two measures to end profit shifting and the race to the bottom on tax rates. The first of these is unitary taxation: the taxation of multinationals on the basis of their global group profits, apportioned as tax base between the countries where their real economic activity (sales and employment) takes place. This is the antidote to the current, failing system which relies on the economically illogical “arm’s length principle” to ensure that entities within the same multinational group each end up with an appropriate amount of taxable profit – despite the obvious incentives to shift profits to where tax will be low or zero.

The second measure is the introduction of a global minimum tax rate – to end the provision of precisely those low and zero effective tax rates which provide the incentive for profit shifting.

The latest OECD reform process has finally embraced both of these ideas in theory. In practice, however, the process has stalled entirely with the secretariat’s proposals seen as highly complex and unlikely to deliver any significant revenue increase. Most profits would still be allocated under the arm’s length principle, and the proposed minimum tax approach would do little for the lower-income countries that host most multinational activity. Indeed, lower-income countries are projected to continue to suffer disproportionately higher losses as a share of current revenues – but even OECD member countries would gain little.

Here, the FACTI panel has embraced in full the tax justice proposals, and call for multinationals to be taxed on a unitary basis and subject to a global minimum corporate tax.

And this is the context for the third major element of the FACTI panel’s recommendations, and where the turf battle begins in earnest. The report calls for a set of reforms to the global architecture, and they have one thing in common: they take power away from the OECD and related institutions, and seat it instead at globally inclusive institutions.

The central element is the creation of a UN tax convention, to be negotiated on an inclusive basis and to set rigorous standards for the global exchange of information and for tax cooperation. Second is the establishment of an intergovernmental body under UN auspices, to oversee the setting of international tax rules. And while these have long been advocated by the tax justice movement, the third is a relatively new proposal: a Centre for Monitoring Tax Rights, first proposed in 2019 (in my book The Uncounted), to collate, analyse and publish data on the extent of international tax abuse affecting (and facilitated by) each individual country and jurisdiction.

The report recommendations here are blunt, and based on the detailed analysis of their interim report in September 2020. These reforms, they see, are necessary to address the fundamental failures of the existing architecture – which is to say, the fundamental failures of the OECD and related institutions to provide fair, effective and globally inclusive progress against tax abuse.

The outstanding question now is that of political will. Are UN policymakers willing to take this turf battle on, while OECD officials are increasingly open in their hostility? Are heads of state and finance ministers ready to push the measures through, to deliver the powerful changes needed – and to reap the revenues that will follow from strengthening key elements of transparency and accountability?

These questions, ultimately, come back to the tax justice movement. Political will is not a question of politicians’ will, but the political context in which they operate. Policymakers do not see the light, they say; but they do feel the heat. If ever there was a rallying cry for the global tax justice movement to stand up as one and call for public pressure for national and international policymakers to do the right thing, this report from the FACTI panel is it. Let us rise!

Alex Cobham is an economist and chief executive of the Tax Justice Network. He is also a founding member of the steering group of the Independent Commission for the Reform of International Corporate Taxation, and of the technical advisory group for the Fair Tax Mark. His research focuses on the scale and development impact of tax avoidance and tax evasion, and on inequalities. A new book, The Uncounted, will be published in December 2019.

Report: $427bn lost to tax havens every year: landmark study reveals countries’ losses and worst offenders
Countries are losing a total of over $427 billion in tax each year to international corporate tax abuse and private tax evasion, costing countries...
Report: Financing the global sharing economy, part three (1): taxing financial speculation
This section of the report Financing the Global Sharing Economy demonstrates how governments could raise as much as $650bn globally through a Financial...
News: Corrupt elites siphon aid money intended for world’s poorest
A new study has found that as much as a sixth of foreign aid intended for the world's poorest countries has flowed into bank accounts in tax havens owned...
Blog: Convening world conference on tax evasion should be priority for next Secretary-General – UN expert
The newly selected UN Secretary-General António Guterres should convene a world conference on tax avoidance and evasion, the abolition of tax havens and...
Article: No tax, no justice
Finding ways to increase tax revenue is critical if developing countries are to fund essential public services and reduce poverty. Global reforms to...
Printer-friendly version