'The global movement to divest from fossil fuels is unstoppable' 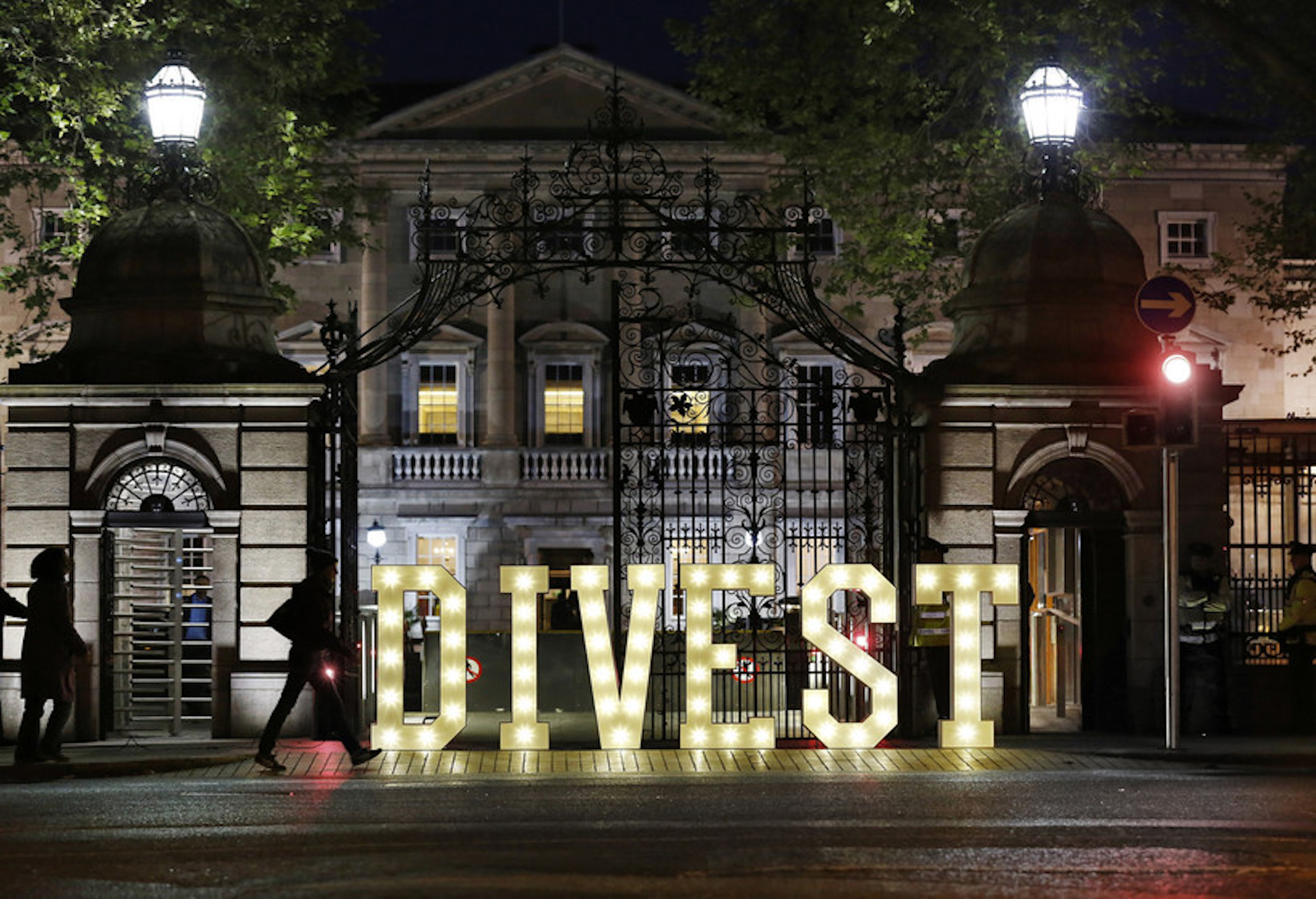 Over the past 10 days the pressure to break ties with the fossil fuel industry has never been greater, as thousands of people attended over 260 events in 45 countries on six continents during the Global Divestment Mobilisation (GDM), demanding institutions divest from fossil fuels.

At a time when governments are failing to meet their climate-related promises and President Trump is threatening to leave the Paris Agreement, we can’t afford to stand-by waiting for our governments to do the right thing. Climate impacts are taking us into uncharted territory in terms of floods, forest fires, heatwaves, storms and drought. We know that it is investments in the fossil fuel industry that fund climate impacts. That is why campaigners, faith groups, academics and impacted local communities came together to build on the fossil fuel divestment movement, which is now spreading in Asia, Latin America and Africa, setting the groundwork for future divestments.

Divestment has proven to be an effective way to undermine the power of the fossil fuel industry both politically and financially. Global commitments to divest have already reached 710 institutions across 76 countries, representing well over US$5.5 trillion in assets under management, indicating that the fossil fuel industry has no future. During the GDM citizens and respected institutions across the world were able to enact an immediate and a much needed transformational form of climate leadership.

This included the announcement from nine Catholic organizations from around the world about their decision to divest their portfolios from fossil fuels in the largest joint Catholic divestment to date. A total of 27 Catholic institutions have now divested. Meanwhile in Brazil over 3000 people participated in prayers in a vigil outside the Umuarama Cathedral, to voice their hopes for a fossil fuel free future.

Other faith groups also took a moral stand and committed to divest including over a quarter of Quaker meetings in Britain, and a group of 30 clergy including three Church of England bishops sent an open letter to the Church of England Pensions Board, asking them to divest from fossil fuel companies and to invest in renewable alternatives.

Across Europe, the links between municipalities and fossil fuel companies came under scrutiny. Over 1,000 people marched in Munich, Germany and demonstrations took place across the UK including rallies at 14 Town Halls across London demanding divestment. Campaigners also put pressure on universities pension funds, faith, health and cultural institutions such as the Louvre in Paris, the Van Gogh Museum in Amsterdam and the British Museum.

The battle to safeguard people and planet is linked worldwide, the money in one part of the world is linked to infrastructure projects being built elsewhere. Hundreds of people gathered in Jakarta to listen to community representatives from Indramayu about their struggles living near coal power plant, while activists in Japan attended events targeting Japanese banks that invest in similar coal projects in the region.

In New Zealand and Australia campaigners targeted Australian coal-giant Adani by calling on the banks that invest in it, including CommBank to stop its funding. Australia’s Great Barrier Reef has suffered a large bleaching for the second year in a row. Any mining expansion would jeopardise it even further. In the Netherlands, teachers, scientists and civil servants confronted the national pension fund ABP that continues to invest their pension savings in fossil fuels. While other activists in the UK demanded that Barclays divest from fracking.

Meanwhile in New York 150 activists rallied inside Trump Tower, to call on New York City officials to cut their ties with the dirty oil and gas companies that control the White House. In the face of federal government climate denial and the possibility of the US leaving the Paris Agreement, demonstrating that local leaders can show impactful climate leadership, while other parts of the country are suffering from severe flooding.

This was discussed at events held across Africa at universities and local communities, where the fossil fuel industry and its culpability in climate change was discussed along with clean energy solutions, in the face of some of the worst droughts the continent has ever suffered. The future is in the reinvestment of the divested funds to support the communities most impacted by climate change and the dirty energy based economy. The divestment movement is modelling what governments need to be doing: withdrawing funds from the problem and investing in solutions.

We urgently need this transformation in the global energy system, away from the fossil fuel dependence that drives climate change, and into renewable energy solutions for all. That’s why our governments, universities, religious organisations, cultural institutions, individuals, and others, must divest and cut ties with this rogue industry in order to curb the worst of future impacts of climate change. Moving forward through 2017 and beyond with their support, the divestment movement will continue to grow in size.

News: Global Climate Change rallies push for urgent action
In London, STWR joined over 10,000 campaigners who braved the wind and December downpours to walk from the Houses of Parliament to the US embassy.
Article: Climate change could drive 122m more people into extreme poverty by 2030
The UN's 2016 State of Food and Agriculture report warns that without measures to halt and reverse climate change, food production could become impossible...
Article: Record-breaking climate change pushes world into ‘uncharted territory’
The record-breaking heat that made 2016 the hottest year ever recorded has continued into 2017, pushing the world into “truly uncharted territory”,...
Printer-friendly version