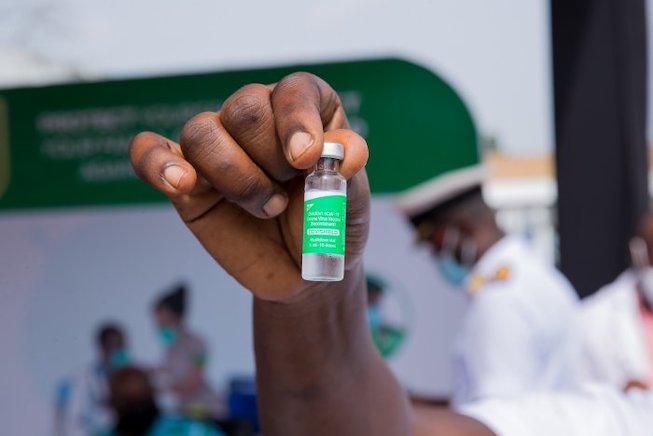 Poor countries are paying more for the doses that remain after rich countries have had their fill. It is perhaps the worst display of national selfishness in modern history, writes Nanjala Nyabola for the Nation.

In March 2021, Kenya announced its plan to vaccinate its 48 million residents against Covid-19. The government, according to its own documents, aims to inoculate just 30 percent of the population: citizens over 50, those that work in health and in hospitality (tourism is a major earner for the country), and those with comorbidities. The authorities have made it clear: There is no proposal for the rest of us—no aspiration even to achieve herd immunity through vaccination.

All of this would be egregious enough if it weren’t happening against the backdrop of perhaps the worst display of national selfishness in modern history. The European Union, United States, and Canada have hoarded the vaccine, prepurchasing doses for up to six times their population in some cases. Moreover, because of national agreements with the pharmaceutical companies, they are buying the vaccines at preferential prices. The European Union, for example, is paying $2.15 for each dose of the AstraZeneca vaccine, while South Africa is spending $5.25 for the same drug. Poor countries are paying more for the scraps that remain after rich countries have had their fill.

Wealthy countries are using their control over lifesaving interventions to play diplomacy. The United States, for example, has ordered 300 million doses of the AstraZeneca vaccine, nearly enough for every person in the country—but the FDA hasn’t approved the drug yet. At least 7 million doses have been delivered and remain in storage, with another 20 million expected by the end of April. The United States has already reserved enough of the Moderna and Pfizer vaccines for every American, but, instead of freeing up the AstraZeneca doses, has pledged to send just 4 million to Canada and Mexico and stayed mum about what will happen to the rest of the oversupply.

Meanwhile, the COVAX initiative led by the World Health Organization is designed to oversee the distribution of vaccines to poor countries. But rich countries have been slow to support COVAX, and Canada is even actively undermining it by joining the initiative, thereby making whatever scarce doses it acquires through the program even scarcer. Right now, the two most effective vaccines are made by Moderna and Pfizer. Moderna has declined to join the COVAX initiative and is charging the United States$30 for the required two shots and the European Union $36, resulting in billions for a company that is only 11 years old and had not made a profit until this year. Pfizer, on the other hand, has only committed 40 million doses of its vaccine to COVAX.

Countries like China and Russia are also producing vaccines. They may be less effective, but scientists say they are effective enough. UK Foreign Minister Dominic Raab, however, said he would prefer that African countries not get help from China or Russia and instead “wait” until Western countries were done needing their vaccines. No word from Raab on what those under threat are supposed to do while a third wave hits and more contagious variants take root across the continent. Even worse, India and South Africa asked the World Trade Organization to waive intellectual property rights so manufacturers in those counties could fill the gap in production capacity, and were denied. Profits over people.

I’m not sure how to describe what it feels like to be one of the millions—perhaps billions—of people for whom there is no plan. “Abandonment” only scratches the surface of being condemned to the detritus of international greed and human folly. Here, at the intersection of cruel profiteering and woefully mediocre national and international governance, is human life. We are not abstract figures or statistics. We are people, with families and hopes for our futures that are being deliberately endangered by Western governments playing politics with our lives.

But ours are not demands for pity. We are demanding justice. For one, the science affirms that without a global vaccination strategy, it doesn’t matter how many doses rich Western countries hide away. This disease will not go away, and many will die. A study by the Global Vaccines Alliance found that if an 80 percent effective vaccine were distributed equitably based on the population size of each country, 61 percent of global deaths would be prevented. But if nationalistic stockpiling continues, only 33 percent of global deaths will be averted. And this trend of preventing more global deaths simply by making vaccines equitably available holds for less effective vaccines like the Sinovac vaccines, where a vaccine with only 65 percent efficacy will prevent 57 percent of global deaths if distributed equitably, versus 30 percent if hoarded by rich countries. The best way to save millions of lives around the world is to distribute vaccines fairly.

It’s also worth pointing out that many of these vaccines exist only because of public funding. Operation Warp Speed in the United States, which accelerated the development of the Moderna vaccine, was a tax-funded initiative. The product of such investments should therefore theoretically be available in the public interest rather than for private profit. Moreover, the reason why these companies were able to develop these mRNA-based vaccines so quickly was because publicly funded research sequenced the coronavirus genome and made those findings available in peer-reviewed academic publications. There was not a eureka moment in some corporate lab. It was the culmination of years of scientific inquiry supported by taxes.

To stem a global emergency, poor countries that have the capacity to develop these vaccines are asking for man-made rules on intellectual property to be set aside. Dr. John Nkengasong, the head of the Africa Centers for Disease Control and Prevention, told the US House Foreign Affairs Committee that about six institutions across Africa have the capacity to manufacture these vaccines. Even though medicines are sequences of chemicals that are often made public, international rules on intellectual property prohibit producing the generic drug unless the company or person who licensed it offers a waiver at the request of the country where they are registered. The World Trade Organization has an agreement called the Trade-Related Aspects of Intellectual Property that penalizes manufacturing that violates the intellectual property rights of patent holders. Poor countries are asking governments that are party to this agreement to suspend its provisions to allow more factories around the world to make the drugs without fear of punishment. So far, Western governments have refused to permit such a waiver.

At the WTO, the South African delegation reminded participants that “developing countries have advanced scientific and technical capacities…and that the shortage of production and supply [of vaccines] is caused by the rights holders themselves who enter into restrictive agreements that serve their own narrow monopolistic purposes putting profits before life.”

It is that simple, and this isn’t the first time this has happened. The same fight occurred during the last pandemic, when rich countries refused to allow the production of lifesaving anti-retroviral drugs to stop the mass deaths of HIV-positive people in poor countries. In 1996, one in 10 Kenyans were living with HIV/AIDS. At the same time as pharmaceutical giants fought to secure their bottom line, I remember it felt like every family had lost a loved one to HIV/AIDS. It is a reminder that something can be legal and still be unjust. In the end, poor countries like Brazil, India, and South Africa ignored the intellectual property claims of Western companies and started to manufacture generics. They came under tremendous political pressure, especially from the United States, which filed a complaint at the WTO that it eventually withdrew because of public criticism.

Promises to donate doses of vaccines once all people in rich countries have been inoculated do not undo the injustice of this moment. There is a perverse logic embedded in the international order that needs poor countries to be on their knees to validate the feelings—or perhaps even the existence—of rich countries. It also reveals a comprador class within poor countries allied with foreign capital. While the regional coordination within Africa has been stellar, it would be disingenuous not to acknowledge the role that some governments have played in the current situation. The Kenyan government’s plan, for example, is disgracefully insufficient. Instead of focusing on managing this pandemic, the country continues to borrow heavily to fund legacy infrastructure projects that we do not want or need.

At this stage, I could offer an elaborate argument about how the West is jeopardizing its soft power in the developing world by acting in such a brazenly selfish way. But I believe that we are living with the consequences of trying to make arguments for justice through the lens of geopolitical ambition. If people structure their arguments by the rules of the game, then they validate those rules—even if those rules are inherently unjust. The idea that the only reason to help people in a crisis is to consolidate a country’s power is part of the reason conflicts in places that have little geostrategic value like the Central African Republic are ignored. It is inhumane and counterproductive for people who want the world to change to succumb to this fallacy. One likely reason rich countries are hoarding vaccines is that they hope to play politics with them. Instead, we should make value-based arguments for doing the right thing—for doing the just thing—because values must still matter. Help people because they are people, not because it might help you. And while I have no idea what is going to happen to me or my peers across this continent, we will continue to live, because we must—and continue to speak up, because all we can do is demand justice in this morally bankrupt system.

News: Rich states 'block' vaccine plans for developing nations
Wealthy countries - including the UK - are blocking proposals to help developing nations increase their vaccine manufacturing capabilities, documents...
News: Global South urges rich countries: Lift monopolies on COVID-19 medical products
Ahead of critical talks at the World Trade Organization, civil society and trade unions from the Global South are calling on rich countries’ leaders to...
Article: Intellectual property cause of death, genocide
Refusal to temporarily suspend several World Trade Organization intellectual property provisions to enable much faster and broader progress in addressing...
News: Covid vaccine: WHO warns of 'catastrophic moral failure'
The world faces a "catastrophic moral failure" because of unequal Covid vaccine policies, the head of the World Health Organization (WHO) has warned.
Article: COVID-19 is a huge threat to stability in Africa
Narrow self-interest makes it unlikely that the global north will commit the resources and know-how necessary to combat the global pandemic — which would...
Printer-friendly version