Time to stop big corporations from ruling the world 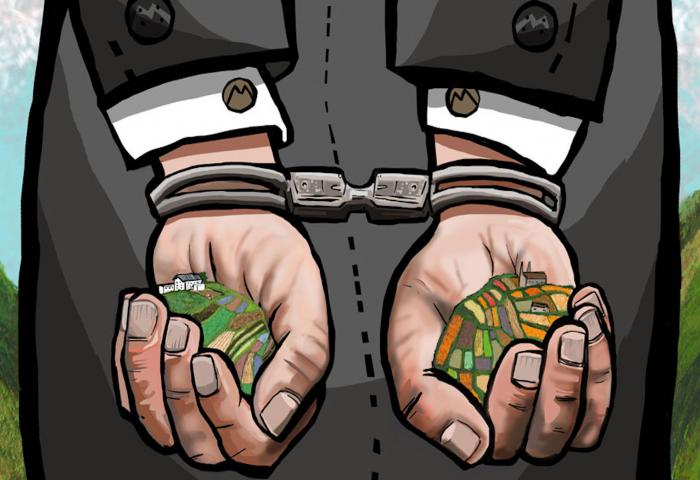 Social movements from around the world are in Geneva this week to push the United Nations to adopt a binding treaty on corporations and human rights. Dorothy Guerrero explains why it is a crucial fight for Global Justice Now.

From the richest countries to the very poor ones, big corporations that operate in multiple countries (the transnational corporations or TNCs) have huge influence over people’s lives, the environment and even their democratic processes. Helped by the terms of trade treaties, TNCs now even have their own special access to the ‘law’, and can bring governments to special courts if a government’s action threatens their profits.

Over the years, TNCs have steadily acquired more and more power. Their co-optation of governments allowed them to change the rules of taxation to enable them to avoid their taxes which are vital to our ability to create a fairer society. They have huge power in the media and therefore influence the information we receive, structuring the way we think and how we view the world. Most important, they exercise excessive influence in national policy, as well as in global decision-making.

Advance economies like the UK are home to many of the richest, biggest and powerful corporations that operate right across the world. According to Fortune Global 500’s 2017 list, the following are the ten biggest UK TNCs in terms of revenues:

Last year we highlighted that the revenues of big corporations are often bigger than the gross national product of developing (or even developed) countries.

Although the UK has higher social, labour and environmental standards than many developing countries, we also experience some of the impacts that affect poorer countries in terms of corporate influence. As one example, without parliamentary oversight the new trade treaties that the UK signs after Brexit could chip away at our public services and impact on our right like access to health services and medicines.

Impacts of transnational corporations in poor and developing countries

The level of impunity for TNCs in developing countries is already deep. By granting transnational corporations and industry further rights over community lands, water, and natural resources through bilateral investment treaties and lease agreements, big corporations are increasing their powers. This violates the rights of both their workers and local communities and pollutes the environment without regard to the future. In collusion with local authorities, big corporations often deny workers their human rights and dignity by paying very low wages, make them work long hours and neglect their duty in providing protection for worker’s health and benefits for old age.

Why do governments let this happen and why do they accept the ‘race to the bottom’ which is often built into global trade and investment regimes? Why do they enter into trade and investment treaties that allow corporations to bring them to special courts, while there is no equivalent mechanism for states or affected communities when foreign corporations violate national laws and people’s rights?

State officials often view corporate investment as an opportunity to increase national income through the extraction of raw natural resources, energy production, and the large-scale cultivation of food commodities for export. This perspective creates conflicts and perpetuates the idea that money is more important than people, culture, tradition or laws.

Foreign investment is equated with development and those who oppose TNCs are deemed anti-development.  This characterisation gives states and corporations the license to threaten, intimidate, and even commit violence against activists, trade unions, indigenous populations, environmentalists, right defenders and farmers, that challenge foreign corporations. Those protecting their rights are portrayed as opponents only of the companies, but also of their own governments.

Last year, we approached the UK government backed by 90,000 signatures from citizens to encourage the UK government to support the efforts to establish a binding UN Treaty on TNCs. Traditionally the UK has played an obstructive role – often opposing the need for such a treaty. We are now calling on the UK to join other governments that are trying to end the criminalisation and violence of those who are defending their rights against corporate power and impunity.

In March this year, the French parliament legislated a law on the ‘duty of vigilance’ of parent and subcontracting companies, which could serve as a major step forward in the fight against the impunity of transnational corporations worldwide. This was brought about by years of tireless campaigning by French campaigners. It is the first law which recognises the legal responsibility of transnationals towards the behavior of their subsidiaries, subcontractors and providers in cases of environmental and human rights abuses. The law is a very positive development in a country that has many TNCs that are operating in developing countries. It shows the need to go further with an international binding treaty.

From October 23 to 27, hundreds of human rights defenders, trade campaigners, environmentalists, indigenous peoples, women’s organisations and frontline communities fighting extractive industries, are in Geneva to press for the next stage in the ongoing process of crafting a binding treaty to make TNCs accountable for their wrongdoings and protect human rights. The draft treaty, which will be discussed at the UN, represents a unique opportunity to produce a global and a stronger version of the French law. It is also a historic moment for governments to prove that they value people’s lives and the health of our planet as more important than rich corporations.

The Third Session of the United Nations Meeting on the Binding Treaty on Transnational Corporations and Human Rights is taking place in Geneva from 23 – 27 October 2017.

A really important match is taking place this week in Geneva. Big Business vs Human Rights. Who will win? - Short video by GUE-NGL

Treaty Alliance at the 3rd session of the IGWG on transnational corporations and human rights, 2017: Storify as seen on _treatymovement.com

UN Treaty Negotiations - a summary of the 4 day of proceedings by corporatejustice.org

Blog: Corporations running the world used to be science fiction - Now it's a reality
The power of corporations has reached a level never before seen in human history, often dwarfing the power of states. That is why civil society...
Article: The struggle for a UN Treaty: Towards global regulation on human rights and business
A global alliance of civil society organizations are demanding a binding treaty to regulate the activities of transnational corporations with respect to...
Article: UN treaty must address corporate capture
At a recent gathering in Brazil, an alliance of campaign groups reaffirmed their call for a binding international instrument to address human rights...
Blog: Human rights beyond borders: The Maastricht Principles turn five
Five years ago, the Maastricht Principles on Extraterritorial Obligations of States was adopted in the area of Economic, Social and Cultural Rights, and...
Printer-friendly version